How To Run Docker in Docker 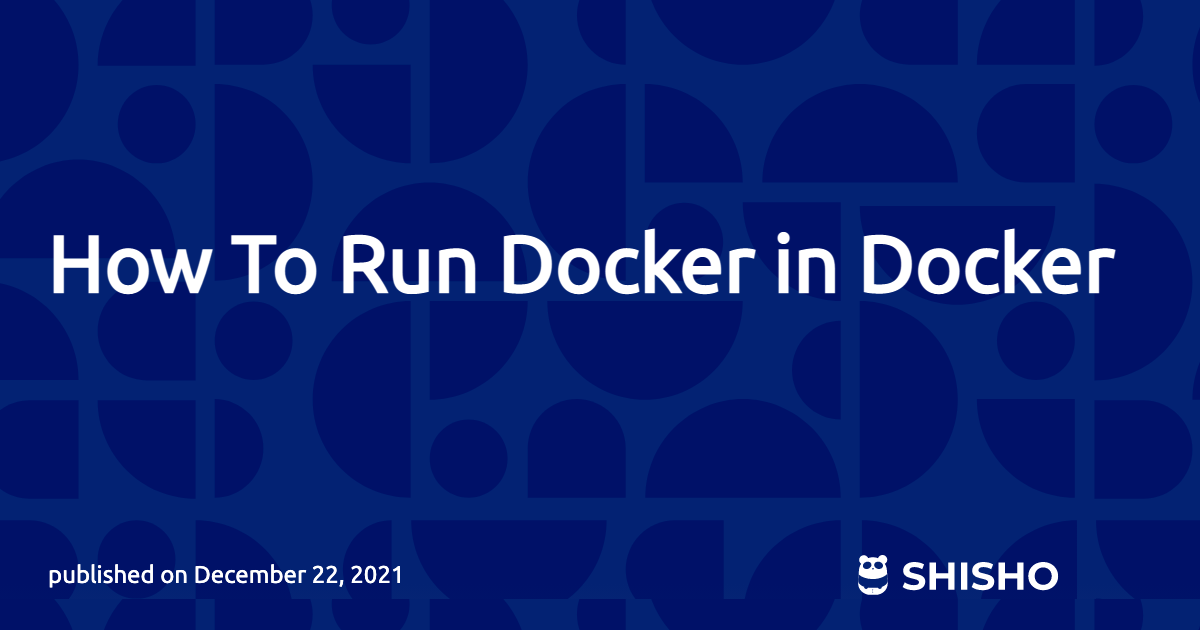 The benefit of Docker in Docker

There are two prominent use cases for Docker-in-Docker, and the advantage is that it can achieve them.

The first is to run CI systems such as GitLab or Jenkins on-premises on Docker containers. In this case, you can run Docker containers for each programming language/dependent middleware in the container and then create Docker images for production use, etc. This has the advantage of nested usage of Docker.

There are two ways to achieve Docker in Docker.

The following is an example of the command for Docker-in-Docker using the official Docker image docker:stable-dind.

There are many problems with this method. For example

Thus, there are a lot of problems when using Docker-in-Docker images for standard use cases, and it is advisable to use the following methods to achieve this.

This method does not use a Docker-in-Docker image; it uses the Docker daemon on the host machine from a Docker container.

In the case of the dind image shown in the first example, you can always nest one more level when you are inside a privileged container. The pattern of using /var/run/docker.sock is also possible, of course, since it is the Docker daemon on the host side that handles this. You can launch multiple Docker containers in parallel by referring to the same host-side Docker daemon.

Is running Docker in Docker secure?

We cannot say that it is not secure in general, but there is a risk when using the privileged flag.

There is no need to use the privileged flag in the second example, and there is no security risk in the mechanism. Therefore, it is recommended to use this one for simple security reasons.

As it turns out, this can be achieved by writing a setting in dokcer-compose.yml to mount /var/run/docker.sock. The following is an example of the volumes part.

As it turns out, one way to do this is to use the local system for the configuration volume that will be mounted in the gitlab-runner container; the official GItLab documentation gives the following as an example of a startup command.

See the GitLab documentation for details.